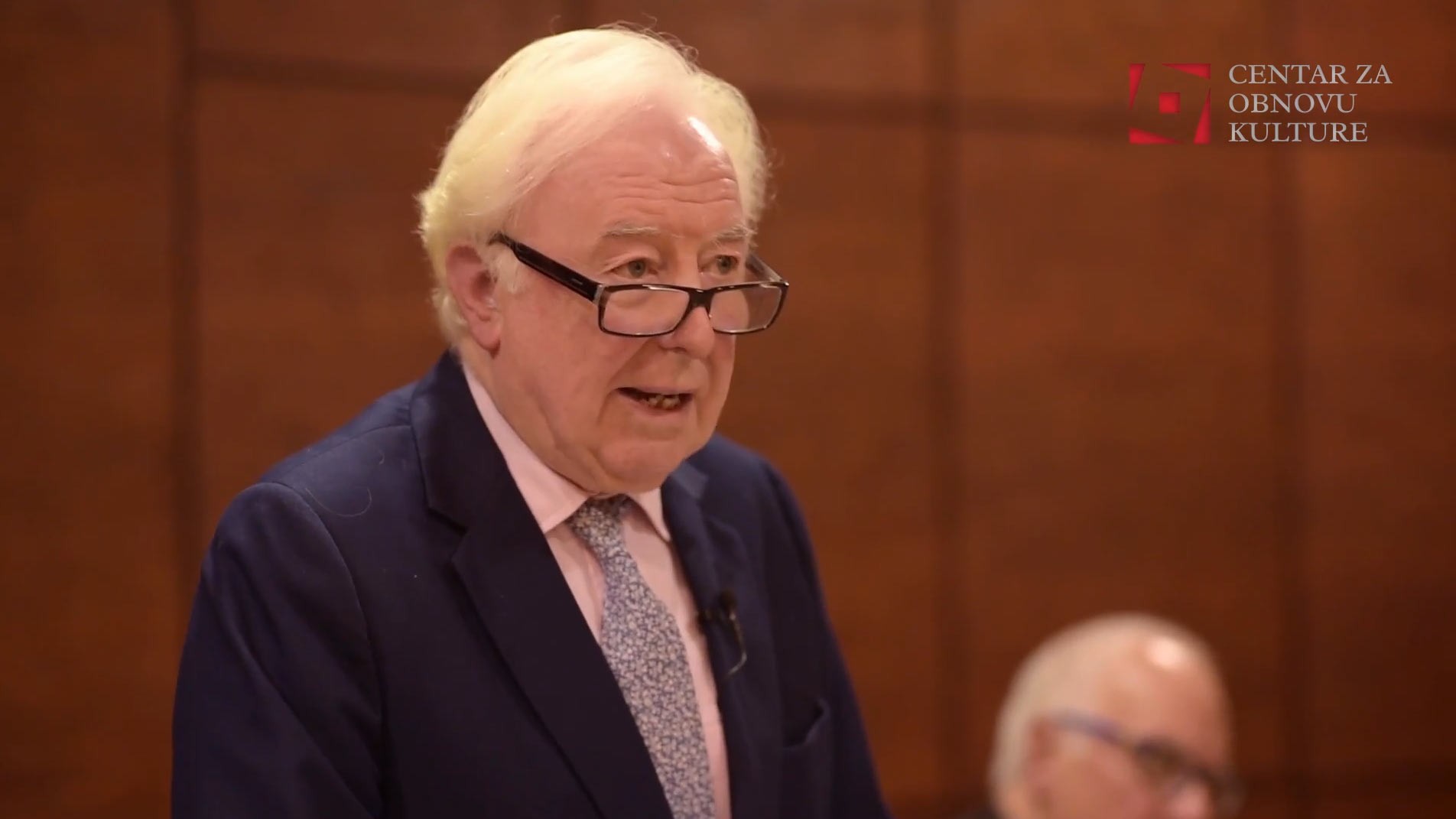 John O’Sullivan lecture at the Center for Renewal of Culture: “Conservatism today”

John O’Sullivan, well-known author, editor and conservative intellectual, delivered a lecture „Conservatism Today“ at the Center for Renewal of Culture on Thursday, September 20. The former adviser and speechwriter of British Prime Minister Margaret Thatcher spoke about the historical roots of conservatism in Europe and the United States. He pointed out that conservatives usually only take vigorous practical action when their principles come under direct attack, as happened during the French Revolution in Europe, or the cultural revolution of the 1960s in the U.S. When political order and the fundamental freedoms are threatened, conservatives tend to rally together and defend them. One could say that Croatia’s War of Independence and the collapse of communism also represented an historical occasion for the revival of conservatism.

The basic tenets of conservative political philosophy remain the same today as they were when they were articulated by thinkers like Edmund Burke in the late eighteenth century: respect for traditional institutions, limited government, the rule of law, ordered liberty and individual freedom, as well as the free economy. O’Sullivan explained that conservatives tend to be suspicious of transferring power to bureaucracies and supra-national organizations. History teaches us that power is often abused, especially when it is placed in remote hands, far from the common man. For that reason, conservatives in Europe should now be fighting for a decentralized Europe in which the nation-states retain their sovereignty and have control over vital questions such as immigration and social policy. The current dispute between the EU and Hungary demonstrates how unelected bureaucrats can easily overstep their authority in an attempt to impose their unrepresentative views – which could be summed up as liberal progressivism – on a nation that holds to conservative values and traditions. The populism one sees in the world today is a natural response to this, as people feel that their way of life is under threat. Conservatives should be keen to reach out to the new populists and to respond to their legitimate concerns.

The Center for the Renewal of Culture promotes conservative values, liberty and the free market.

© 2018, The Center for the Renewal of Culture, All rights reserved.